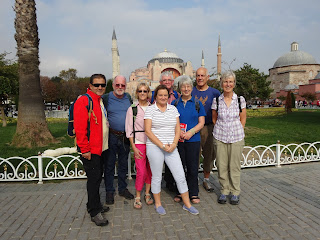 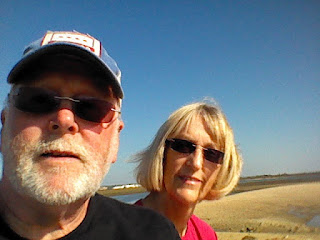 All I can say is a belated Merry Christmas and a Happy New Year.
Since then I have been busy building a series of sets for The Stables theatre production of Jeeves and Wooster, which is now culminating in full houses of veery happy people.  So it's back to the drawing board for my two writing projects.  I am concentrating on the Regency couple of Joe Malinferno and Doll Pocket and the novel of their exploits that is called "The Hieroglyph Murders".  Some of the characters from my short stories of the pair will reappear and be expanded from their cameo roles in the stories that saw the light of day in the Medieval Murderers books, "King Arthur's Bones" and "Hill of Bones".  French Egyptologist Jean-Claude Casteix and his wooden leg will figure prominently as Joe and Doll figure out why those attempting to decipher hieroglyphics are suddenly dying.  The ill-fated but intriguing Queen Caroline will also put in an appearance or two, along with other real-life people such as Champollion, the eventual decipherer of the Egyptian symbols.  IN this story, he gets considerable assistance in that task from an unexpected source.
Lovers of Falconer should not be disappointed though. I still have another tale in the pipeline, and I will finish it too before long.  If am-dram doesn't get too much in the way.
Posted by Ian Morson at 15:00