I have no excuse for leaving it so long between blogs.  Except I do.  I was heavily involved in my other hobby of amateur dramatics.  I played the part of the drunken photographer, Henry Ormonroyd, in J B Priestley's "When We Are Married".  Take a look at some of the pictures on artypharty.com, Peter Mould's website.  Click on the relevant play and look for the red-faced man!  The play went down well, and we all got plenty of laughs - all for the right reasons.
And now I am embarking on directing an Alan Ayckbourn play called "Taking Steps".  We present it in May in Hastings, then take it in June to our sister drama group in Chicago Heights, USA.  These are Alan Ayckbourn’s words about the play.
“In the first act you take the audience by the hand and lead them across the floor.  In the second, you start to walk them up the wall.  And in the third act, you begin to walk them on the ceiling, so they end up hanging upside down saying ‘Hey, what am I doing?’” 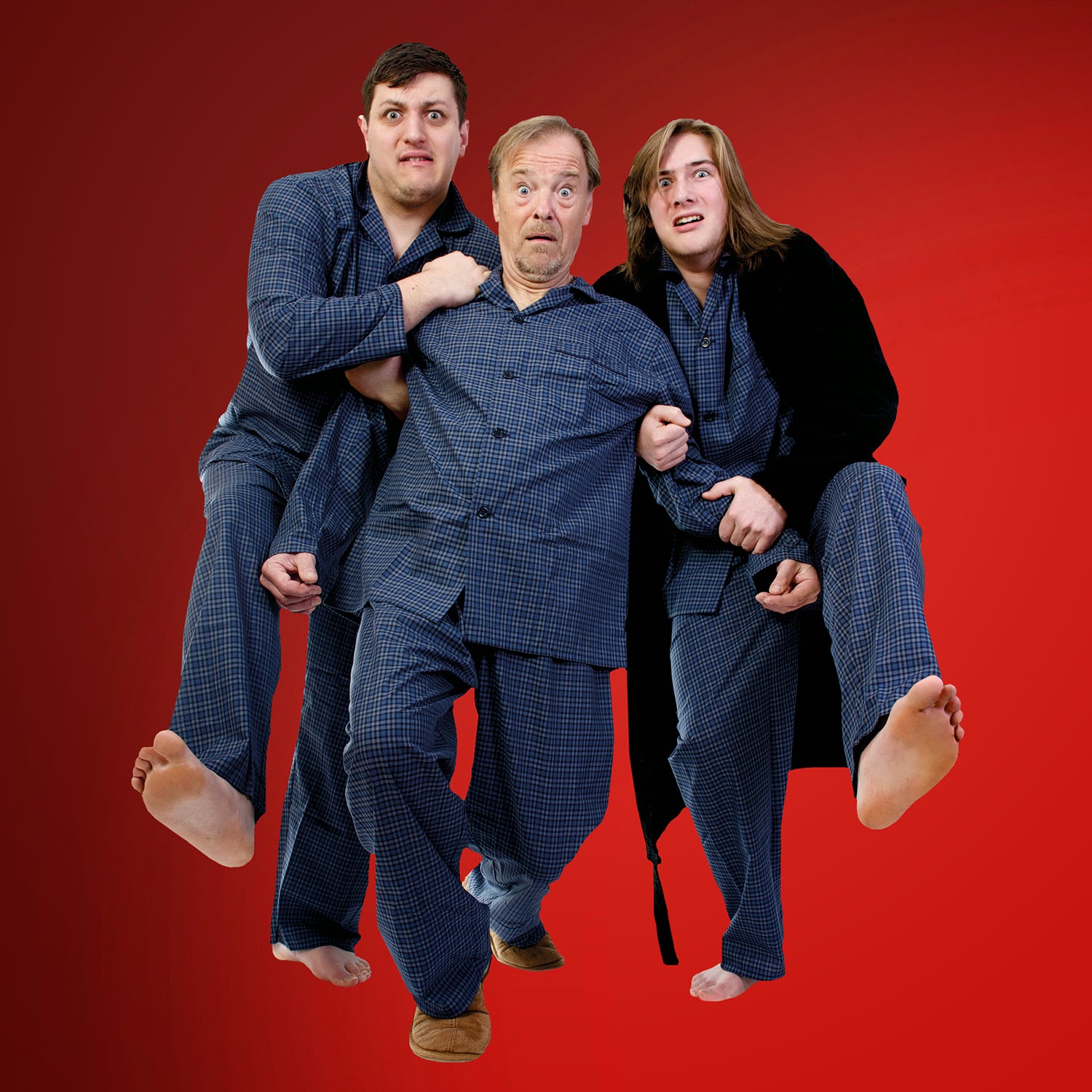 I am working on some new books also - honest!  As well as the Georgian novel with Joe Malinferno and Doll Pocket, which will revolve around grave robbers and surgeons - I have an idea for continuing the Falconer series.  I know I had bade him farewell in book nine, but I feel another one coming on.  This one will be set in Trebizond, and William and Saphira are on their way to far-off Cathay.  It is a location I have used in the latest Medieval Murderers book "The Deadliest Sin", in a story told by their son David Falconer.  So, you see, there is more story to tell about them anyway.   I want to fill in the gaps, as it were.
I have also had some interest in my stories in Italy, so there is a chance that they may appear in Italian in the future.  There are some editions in German and French out there too, though they may only be available second-hand.
And there I must leave it, as I am soon to go to a rehearsal of "Taking Steps".  If you want to buy tickets for the show, go to stablestheatre.co.uk.