OK.  This new Falconer I keep on talking about is set in Trebizond, which is now Trabzon in modern-day Turkey.  I could say my recent trip to Turkey has been for the purposes of research.  But it hasn't.  Lynda and I have spent two weeks in the opposite corner of Turkey on a walking holiday.  The first week we were in Torba, which is close to Bodrum on the Aegean coast of Turkey.  From Bodrum you can see the Greek island of Kos, and realise how odd the border is between the two countries.  Islands closer to the Turkish mainland and far from mainland Greece are Greek.  We were amazed by the remains at Ephesus of a major Greek city. 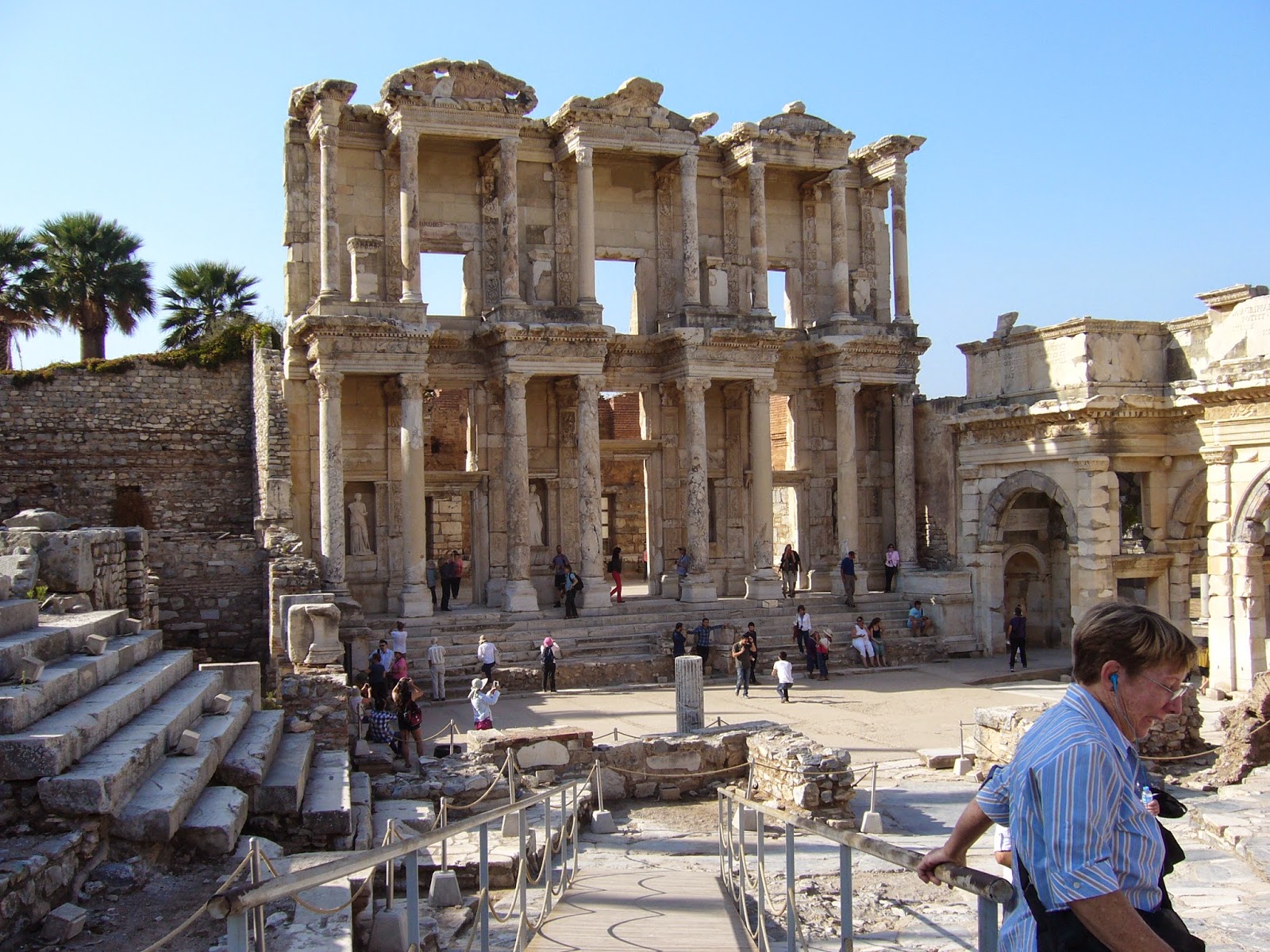 The countryside around is very like Cyprus, where we lived for seven years.  Turkish and Greek Cypriots lived closely together and shared culinary techniques and some words.  But all that was destroyed when the strife over Cyprus resulted in a Turkish invasion.  Forty years on, and the rift between Turkish and Greek Cypriots is still too huge for many on the island.
Our second week was spent close to Olu Deniz and Fethiye on the Mediterranean coast.  Once again, the walking was great, but the outstanding memory was of an abandoned village.  Kayakoy is the village on which Louis de Berniere based his novel "Birds without Wings".  It is the tragic story of Greeks and Turks in that region living side by side until the Turkish war of independence in the 1920s resulted in a mass exchange of peoples.  All the Turks living in Greece had to relocate to Turkey, and the Greeks living in Turkey had to relocate to Greece.  Despite the fact that Greeks had lived for generations in Kayakoy, they had to go.  The returning Turks who were relocated in Kayakoy could not settle down there and left.  The village stands deserted.
A Turkish guide took us round the village and told us personal stories of his family - how Greeks begged not to leave, and how arriving Turks yearned for their old life in Greece.  He is part of a movement to have the village stand as a memorial to peace and tolerance, and a monument to the stupidity of ideology and political expediency. 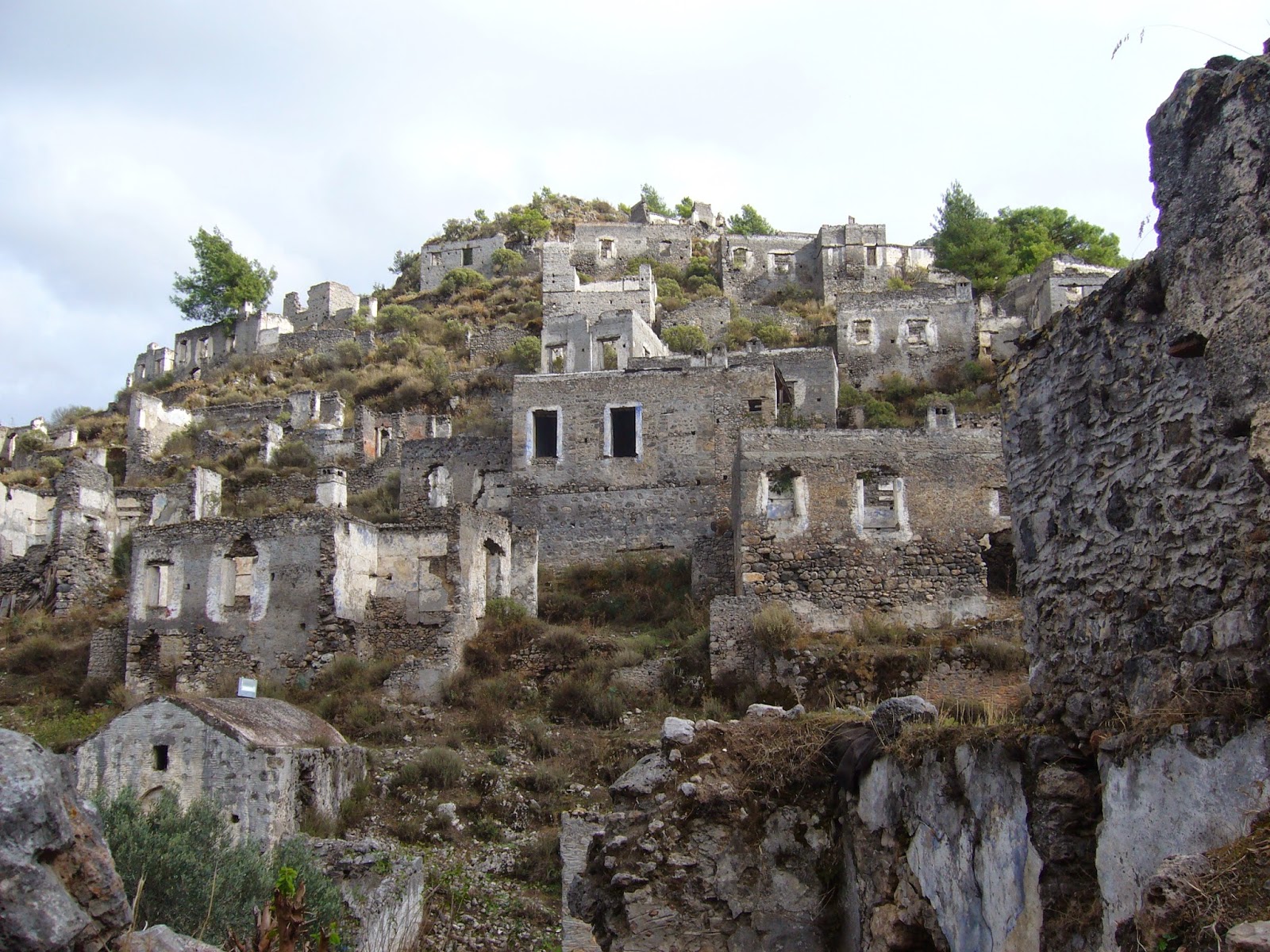